Devon County Cricket Club competes in the Western Division of the Unicorns Championship, a competition administered by the Minor Counties Cricket Association (MCCA).

The division, made up of 10 teams sees each team playing six three-day fixtures over the course of the season, completing home and away games against each side over a three-year cycle.

The Championship is based on matches of two innings per side over three days. Counties are arranged into two geographical groups of ten – Eastern and Western divisions - and teams plays three home and three away matches against other sides within their division; each year, fixture list are altered so that over a three year cycle each sides plays the other teams in their division.

At the end of the season the team with the best record from the Eastern Division plays the winner of the Western Division for the outright championship, over four days.

Devon also play in the 50-over a side Unicorns Knock Out Trophy. The county has an outstanding record in both the Championship and the one-day knockout trophy. Devon has won four Lord's finals in the competiton. In recent years finals have been played at either Banbury or the Getty ground at Wormsley.

New for 2018 is a Twenty20 competition. Qualifying pools are played locally - two games in one day against the same opposition - leading to a finals day. 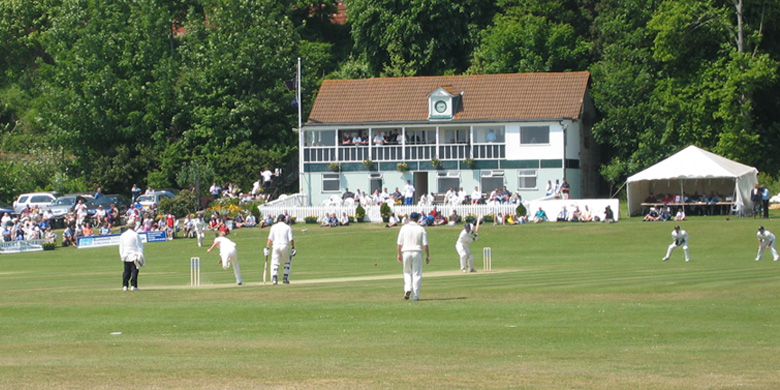 Keep up to date with all the local cricket scores in Devon.

"We handcraft our bats using traditional tools and the highest grades of English willow in the heart of Devon. We also provide a high quality range of pads, gloves, wicket keeping and luggage for both adults and juniors."

Your advert to appear here

Click below to see how to place your advert here